In 2020, Ukraine completes an important stage of public power decentralization – the formation of enlarged communities (municipalities) and enlarged districts (sub-regional level), the increase in the powers and volume of community budgets due to their reduction in districts. This enhances significantly the capabilities and motivation of self-government bodies to manage economic processes on their territory independently. This circumstance, as well as the demand of society for innovations and government support, creates a demand for smart city technologies. In turn, this opens up a new large, growing, low-competitive market for business. 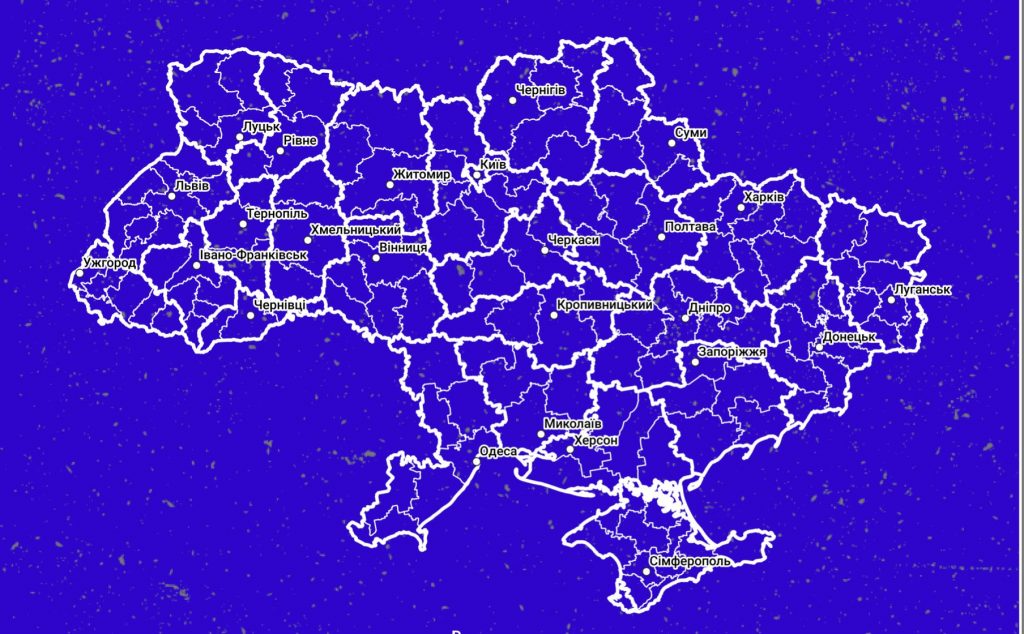 The goal of decentralization is an independent and self-sufficient local government capable of solving local issues while preserving the unitary structure of Ukraine.

Decentralization is an important step in the transition from the USSR legacy to a modern and successful democratic society.

The basis of local self-government is formed by the lowest level of public administration – the community (the union of cities, villages and adjacent territories). The community receives the maximum possible amount of authority and the area of the territory. In the future, it is planned to abolish self-government at the district level. Self-government of the regions shall exercise only those powers that are clearly inappropriate to be reserved for the state and delegated to communities (the principle of subsidiarity). Community budgets are increasing significantly.

The first task of decentralization is the formation of enlarged communities and enlarged regions. This can increase their economic potential and management efficiency significantly. Since 2014, small communities have been enlarged, with neighboring territories joining large communities. On the basis of 11,212 old communities, 1,469 new communities appeared, on the basis of 490 old districts – 136 new districts were formed. The last step is to hold general local elections on 10/25/2020.

For a long time, this competence has been successfully implemented in cities with a population of over 50 thousand people. Such cities are centers of economic development, have more creative and efficient local authorities. Staring from 2021, other communities that cover most of the population and territory of Ukraine will also receive such competence.

Creation by the communities of their own police remains an unresolved issue. At the regional level, the issue of creating by regional councils of their own executive bodies instead of state administrations remains unresolved.

The third challenge of decentralization is to provide communities with adequate financial and property resources. Since 2014, a consistent state policy to increase the volume of community budgets has been pursued. Starting from 2021, the budgets of the latest wave of enlarged communities will be increased significantly.

This is an opportunity to implement both large and small projects. Local authorities are open enough to experimentation and creativity. Successful experiences will be simply extended to other communities. New communities have sufficient human and financial resources to implement various community development projects.

The state is systematically improving the conditions for doing business in Ukraine. From 2012 to 2020, Ukraine rose in the Doing Business rating from 152 to 64. This is in evidence in general trends:

An important indicator of the increasing role of local self-government in the economy is the dynamics of the increase in the total volume of their budgets. Since 2014, they have increased 1.75 times. At the same time, the share of transfers from the state budget decreases. 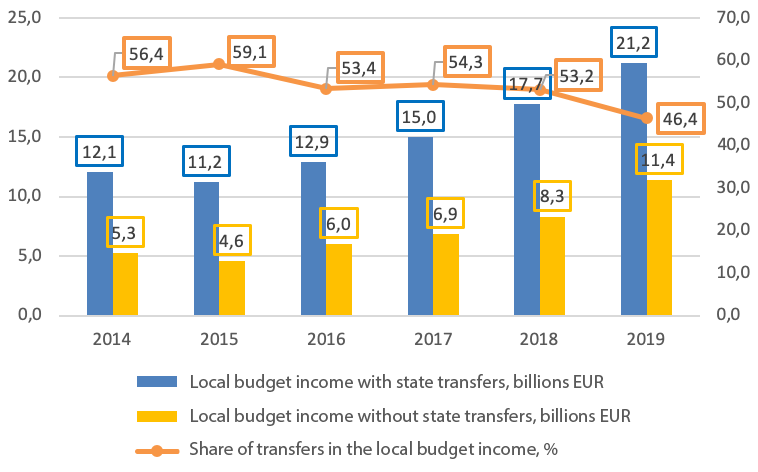 Development of the communities is actively supported by financial resources of technical assistance from the USA, Canada, EU, Norway.

Community self-government bodies have a noticeable positive impact on economic processes. To do this, they can use the following tools:

Today, the high role of the community self-government bodies in economic matters is clearly visible. Top 10 best cities for doing business according to Forbes Ukraine (September 2020) are: Ivano-Frankivsk, Vinnytsia, Lviv, Kyiv, Ternopil, Uzhgorod, Dnipro, Khmelnytsky, Odesa, Kharkiv. 6 out of these cities represent the west and the center of Ukraine. They are ranked higher than the other 4 cities, representing the larger territories of the north, south and east.

The USAID-supported Cities Competitiveness Index 2019/2020 identifies the top 6 cities with the best indicators: Khmelnytsky, Ivano-Frankivsk, Lviv, Vinnytsia, Ternopil and Chernihiv. This index also confirms the leadership of the west and the center of Ukraine in terms of the business climate. 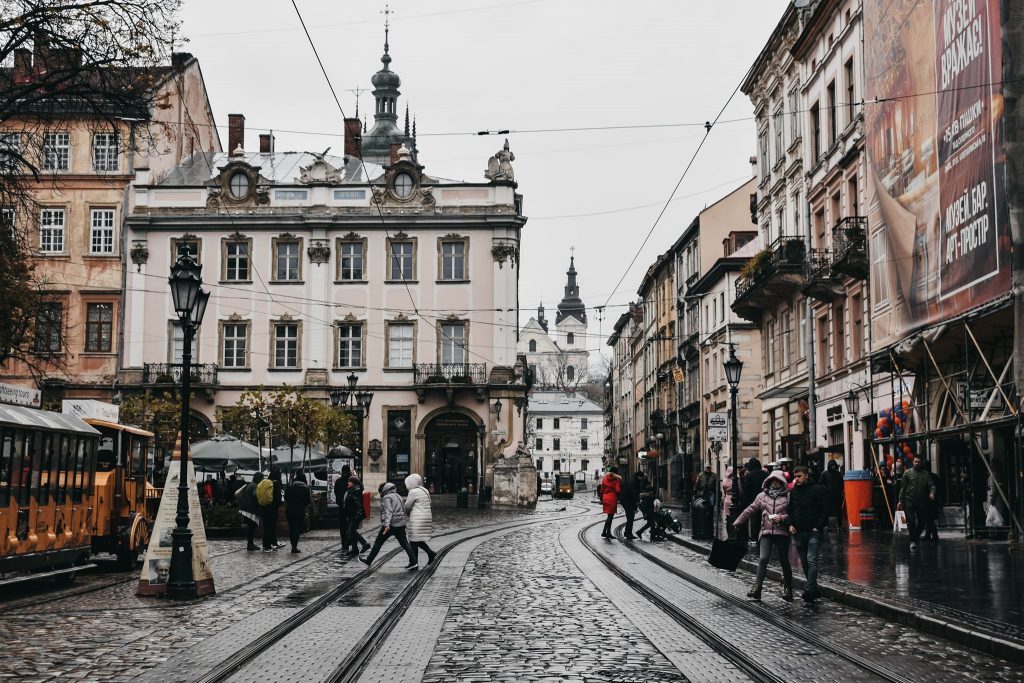 Vinnytsia and Lviv are good examples of the self-government bodies success. These cities were among the first to create their own research centers for their own development. They have good strategic plans and the results of their implementation. These cities are always among the leaders in the ratings of openness, comfort, creativity, economic attractiveness, and smart city implementation. Vinnytsia is successfully developing the industrial parks.

Since 2014, the state has purposefully pursued the digitalization of all public administration processes and the development of digital infrastructure. In particular, today electronic interaction between government agencies and government databases has been established with the help of the X-Road “Trembita”. Documentation of individuals and legal entities, as well as the provision of public services, are being digitized actively. The problem of the overall high-quality access to the Internet and increasing digital literacy of citizens is being solved. This activity creates good conditions for smart city.

Now in Ukraine, the introduction of smart city technologies is at an initial level. Ukrainian cities are poorly represented in international rankings. The greatest cities – regional centers have the best results. Other cities and new communities hardly use such technologies. At the same time, the successful experience of leaders, decentralization, request from the community residents and support from the state create good conditions for the widespread introduction of smart city technologies in the near future. This is evidenced by the specialized forums regularly held in Ukraine, where the cities experience and business proposals are presented widely. An example is the annual Kyiv Smart City Forum. 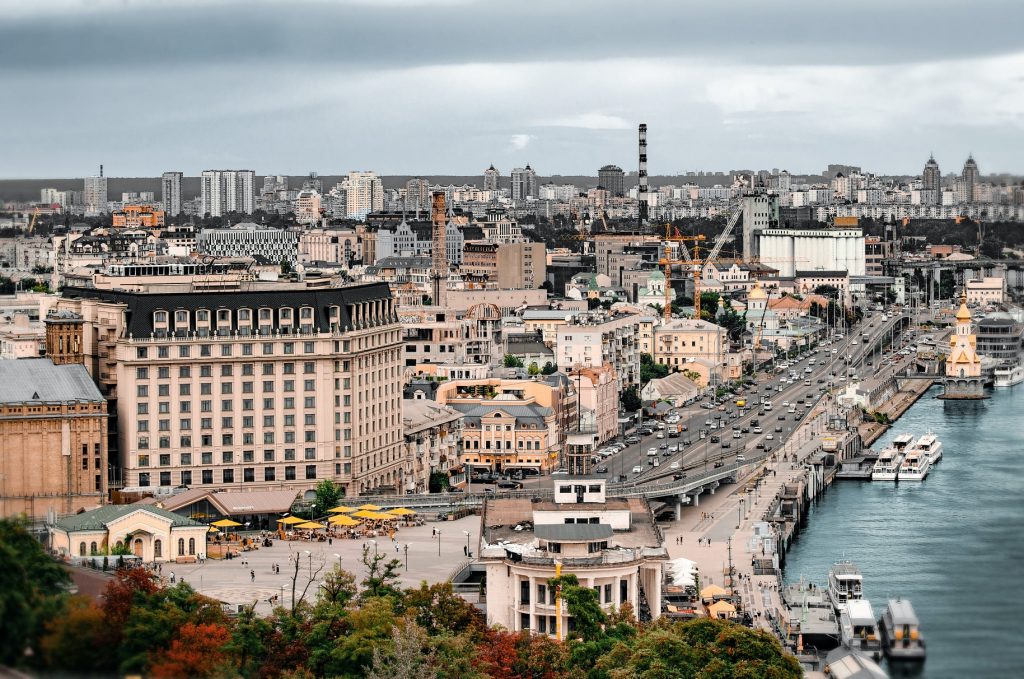 Today, the highest priority for Ukrainian cities (communities) is given to advanced technologies in the following areas:

In the near future, an active development of the smart city market is expected in Ukraine. This will be the result of decentralization, economic development, the accumulated mass of positive experience, the injection of additional financial resources into the communities. Israel has advanced developments and experience that Ukraine needs now. Today is a good time for Israel’s business to enter the Ukrainian smart city market.

The Chamber of Commerce and Industry Israel-Ukraine actively develops trade and economic cooperation between Israel and various regions in Ukraine. As part of its activities, the Chamber is the organizer and partner of many significant events associated with bilateral relations between Israel and Ukraine, including trade and economic summits and conferences, round tables, seminars, government and business delegations.

The Chamber of Commerce and Industry Israel-Ukraine will be glad to assist Israeli business representatives in establishing and developing trade and economic ties with Ukraine. If you have any questions, you can contact us using the contact details provided on our website.